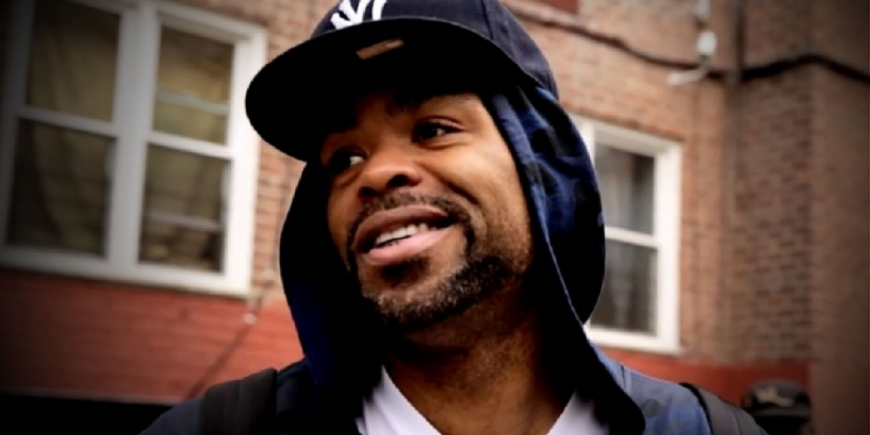 Lyrics:
[Intro: RZA (Method Man)]
Roll that shit, light that shit, smoke it (roll it up niggaz)
Roll that shit, light that shit, smoke it (4:20, y’all, it’s time, it’s time)
Roll that shit, light that shit, smoke it (it’s been a long time for this man
Niggaz been sleeping on the kid, man, everybody got some sideway shit to say)
Roll that shit, light that shit, smoke it (Carlo! Know what I’m saying, man? Yeah)
[Method Man]
Fast or slow mo, oh no, Meth done made a killing
Call the po-po, oh niggaz is squealing, oh, y’all ain’t feeling
Niggaz no more, the bigger they are, harder they go though
Good pussy put a hump in my back like Quasimoto
Hah, my sex ain’t homo, season vet, hold the adobo
Got rappers on that low carb diet, y’all can’t get no dough I keep a low pro, file, excuse me as I get smoked out
Put hands on these niggaz, then put the roach out
Go head, I’m wishing you would, ask if it’s good
Man, this Tarzan shit in the woods, my shit is hood, bitch
That means I’m hood rich, telling you lies
Straight out the pull-pit, it’s like Merrill Lynch I’m on that bullshit
Real spit, money come first, and even worse
You need all your toes & fingers to count up what I’m worth, trick
So when I blow a smoke cloud in your face, just take a hint
Dick, you crowding my space, it’s Mr. Meth, pa
[Chorus: Carlton Fisk]
It’s 4:20, roll up, nigga getting smo-ked out
No seeds, California weed have you choked out
No doubt, roll up, which rims spoked out
4:20 mean you either roll up or roll out
[RZA]
Roll that shit, light that shit, smoke it
Roll that shit, light that shit, smoke it
[Method Man]
So on and so on, I flow on
Power to our people, get your smoke on
And I’m so gone, off, that sour diesel
Hard to hold on, but hold on, it’s like I’m Pretty Toney
With that robe, got terrorist shook, because I’m so bomb
The hood, put, me in position, I’m in the kitchen
With that cook book, the service I’m giving, birds they vision
Not a good look, told ya my nigga, Tical deliver
Hook or crook, lots of asses to kick, wish I had a bigger foot
Yeah, taking it there, hating who care
Y’all stay out my mental, I got killas waiting in here
To get you, as I sharpen my pencils, tear apart instrumentals
Fuck it, y’all niggaz is pussy, so is the dick that sent you
RZA, we done it again, Co-D occassion
Here’s to short skirts and Ol’ Dirt McGirt, okay, then
Let’s get it popping, like it ain’t nothing to get it popping
The big and rotten’s the city, too good to be forgotten
[Chorus 2X]
[Streetlife]
The rap game won’t like me
You can tell that a nigga is shiesty
If I die, my second born’ll be like me
Slide dick to your wifey
Never know your baby boy just might be
Quick to rob a jack, he’s so icey, stay dressed to kill
From the Hill, never ran, never will
Attitude, like, fuck you still, I see you missing the point
This is not a rap song, you get clapped on
Bullets break the bone, like the joint, call you out your name
Disrespect ya moms, spit on your dame
Go public, then, shit on your fame, you overlooking the fact
Where you from, is where we at
And y’all don’t want no, parts, in that that
Caught your verse for sale, but real niggaz don’t shoot & tell
We’d rather do the time and rot in the cell
[Carlton Fisk]
The inner outer state, bi-coastal smoker
Inhale, Cali piff with a swift of glaucoma
Black jeans, black Timbs, black Benz roaster
Smoke rise, out the sun roof when I roll up
Verrazano, with no relation to Gravano
Carlo, shots are hollow, still cop a bottle
And pour some out, moment of silence, then I swallow
I’m still alive, and still the sun’ll come out tomorrow
Shine shine shine, and grind, cuz it’s money on my mind
And I’m moving like my life is on the line
For the bullshit, I really got no time, a full clip
Really gon’ let ya niggaz know what’s on my mind
When ya getting out of line, have them choppers lit up
You won’t need a camera phone to get the picture
Chalk down, tape around, body bag zipped up
Carlo Verrazano, you can call me mister
[Chorus]