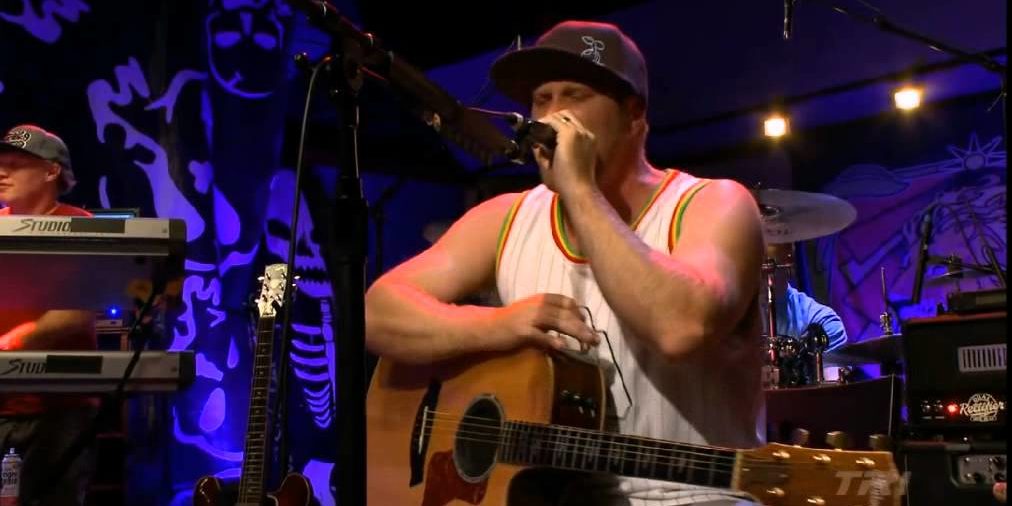 Purchase Live at Roberto’s TRI Studios here: http://bit.ly/SS_TRIstudios_Offer « Closer To The Sun » was performed live at Roberto’s TRI Studios on September 13, 2011. It was an honor being invited by the Grateful Dead and Furthur’s Bob Weir into his state of the art TRI Studios. Built by our friends at Meyer Sound Labs, and utilizing the technology of their new Constellation sound system, Slightly Stoopid had the privilege to invite some of their close friends and family down to « Roberto’s » TRI clubhouse for an unprecedented live webcast and in-studio performance.

Our good friend Tommy Chong came down and hosted the event and provided some « Wisdom ». Our extended family of musical guests joining us and playing on the session, features Karl Denson, Ivan and Ian Neville of Dumpstaphunk, Don Carlos, and Bob Weir himself !

The result is a 31 song / 2 set acoustic and electric performance including behind the scenes rehearsal footage, and a rare interview segment moderated by Tommy Chong. Last but not least, a portion of all proceeds will benefit 2 charitable organizations whom the band supports: Save the Children and World Food Programme